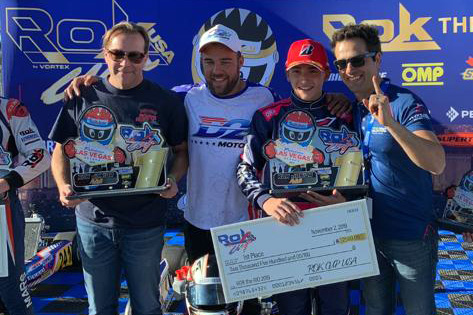 Based out of Central Florida, NF Sports made the long cross-country trek for the final round of the 2019 ROK Cup USA season. Taking on the much anticipated ROK the RIO on the temporary circuit next to the RIO All-Suite Hotel & Casino, the Kosmic Kart branded program entered seven drivers from two different countries across multiple Vortex ROK powered classes.

ROK the RIO Championship was brought to the team from Vortex ROK Junior driver Enrico De Lucca. Qualifying third and never running outside the top-four in his quartet of heat races, De Lucca capitalized on his outside front row starting position to work his way to the front and garner the biggest race win of his young karting career.

“What a weekend for NF Sports driver Enrico De Lucca,” explained Bruno Fusaro. “The kid drove great all weekend long and proved that he as a driver and us as a team are one of the best packages in the country. Congratulations Enrico!”

Vortex Mini ROK driver Riccardo Ianniello came to Las Vegas from Italy and immediately made a presence claiming the OMP Pole Position Award on Thursday. After winning the first heat and finishing in the top-five in three of four heat races, Ianniello went on to give NF Sports an additional podium result of the weekend by finishing third on Championship Saturday.

With drivers scattered across several racing divisions, Enzo Prando would claim a top-ten result in ROK Senior. After qualifying fifth and taken out by a fellow competitor while running fourth in heat two, Prando started 47th in heat three and was forced to work his way back forward. Cautiously aggressive in his march back up to the front, Prando claimed the fastest race lap of Saturday’s main event en route to an impressive sixth place finish.

Matheus Ramalho competed in his first career international event and did so in the Vortex Micro ROK class. After qualifying sixth and finishing sixth in the third heat race, Ramalho had the speed for a top-five finish before contact ended his day. Danillo Ramalho, father of the young Matheus, flew the NF Sports flag in the Master ROK division and was a threat for the race win on Championship Saturday. After destroying the chassis on Saturday during warmup, the NF Sports team went to work and managed to get him to the grid on time for his main event. Starting from the outside of the front row, the elder of the Ramalhos was in contention for the championship and led the final before crossing the stripe in third after contact. Following post-race technical inspection, Ramalho was given a five-second time penalty for a push back bumper infraction thus removing him and NF Sports from the podium.

With at least one entry in almost every ROK division, Beto Cavaleiro aimed for a solid result in the Shifter ROK class. In a large field of more than forty fierce competitors, Cavaleiro battled his way through the heats and into Championship Saturday to finish in the front half of the field in P16.

With the ROK the RIO event now behind them, NF Sports will shift their focus to the annual Superkarts!USA (SKUSA) SuperNationals over the November 20th – 24th weekend in Las Vegas, Nevada. 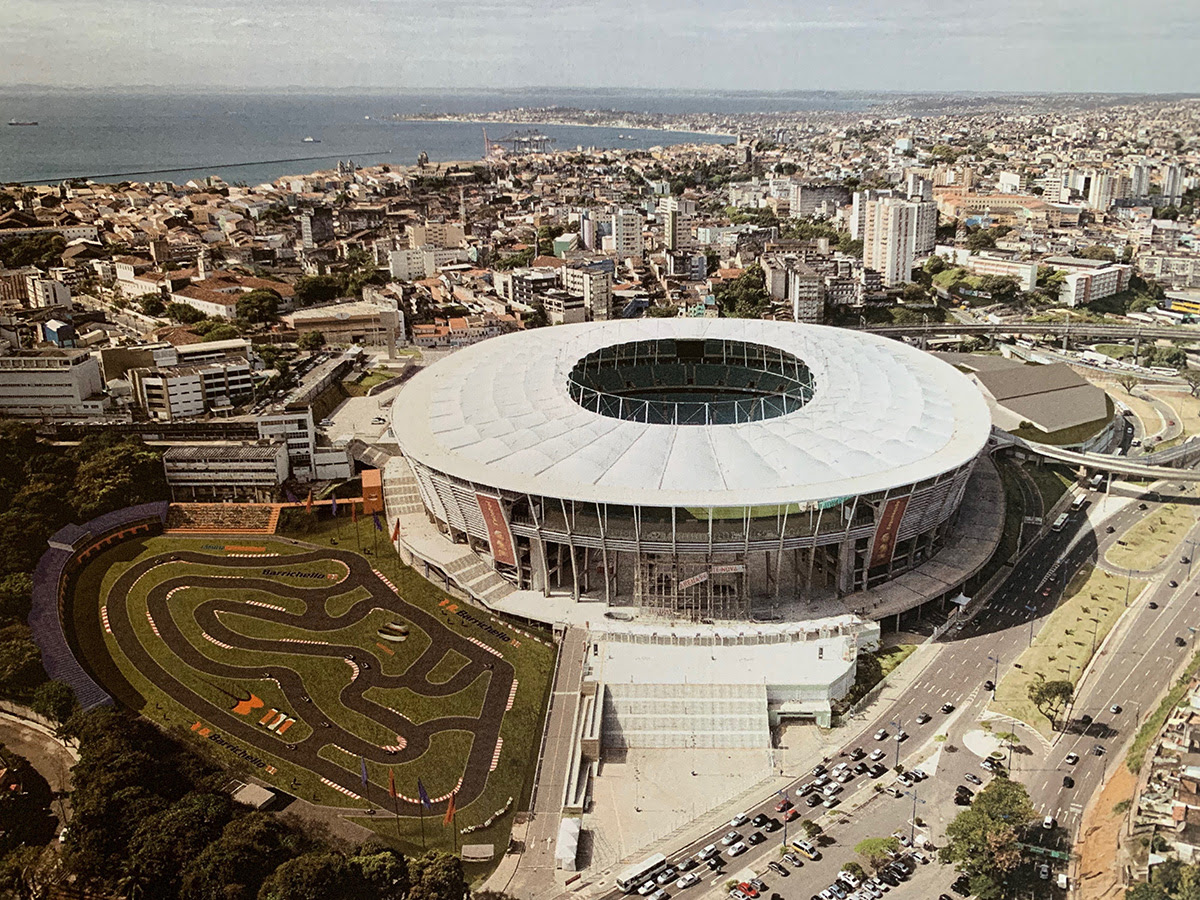 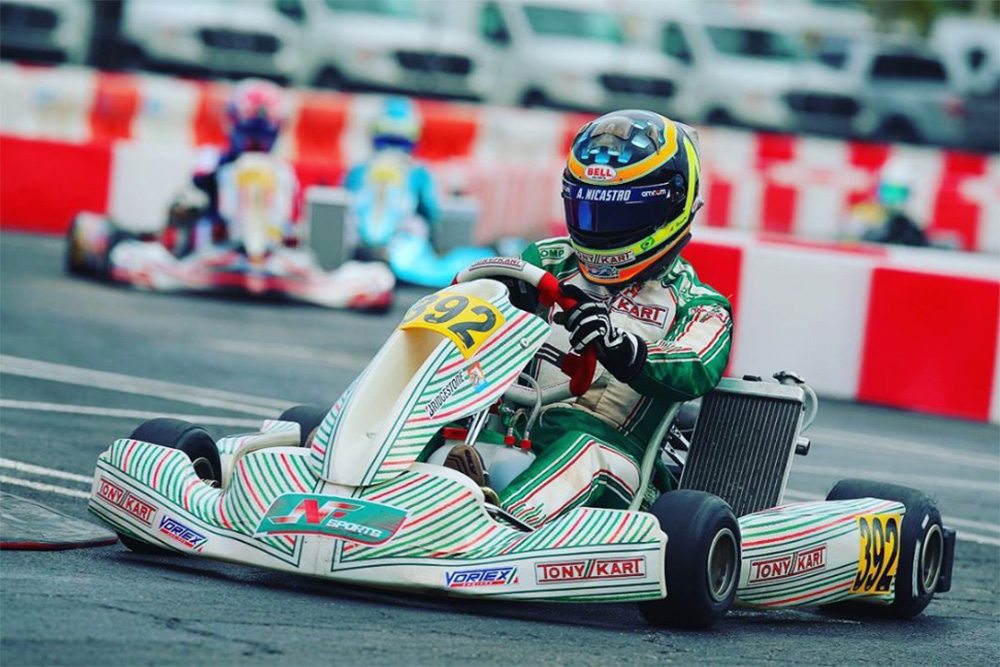 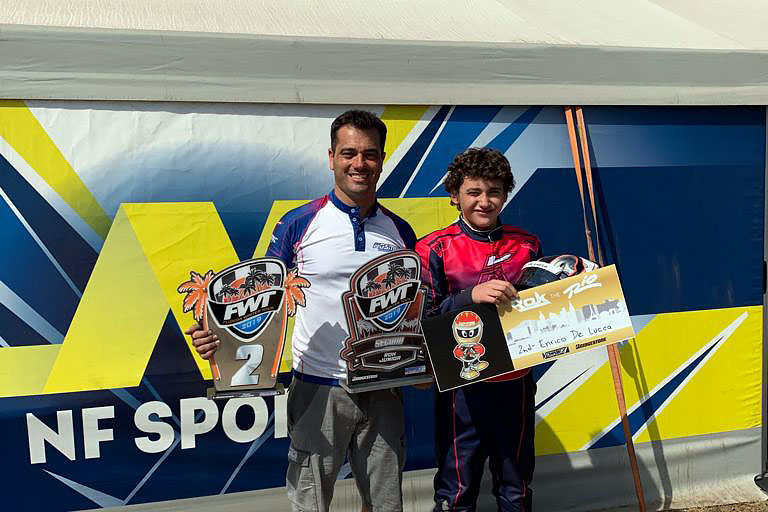 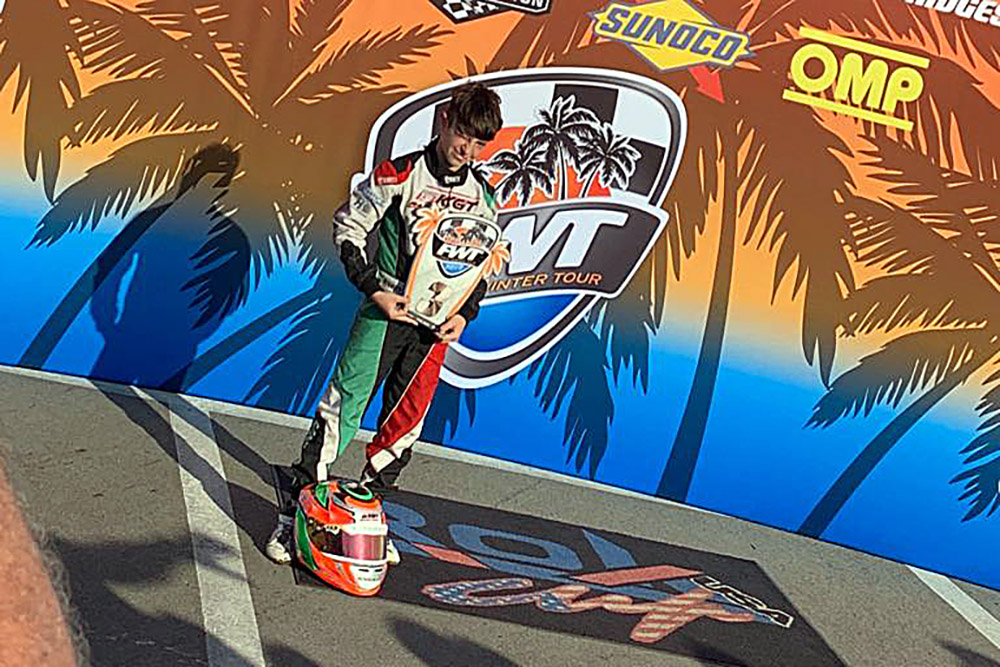 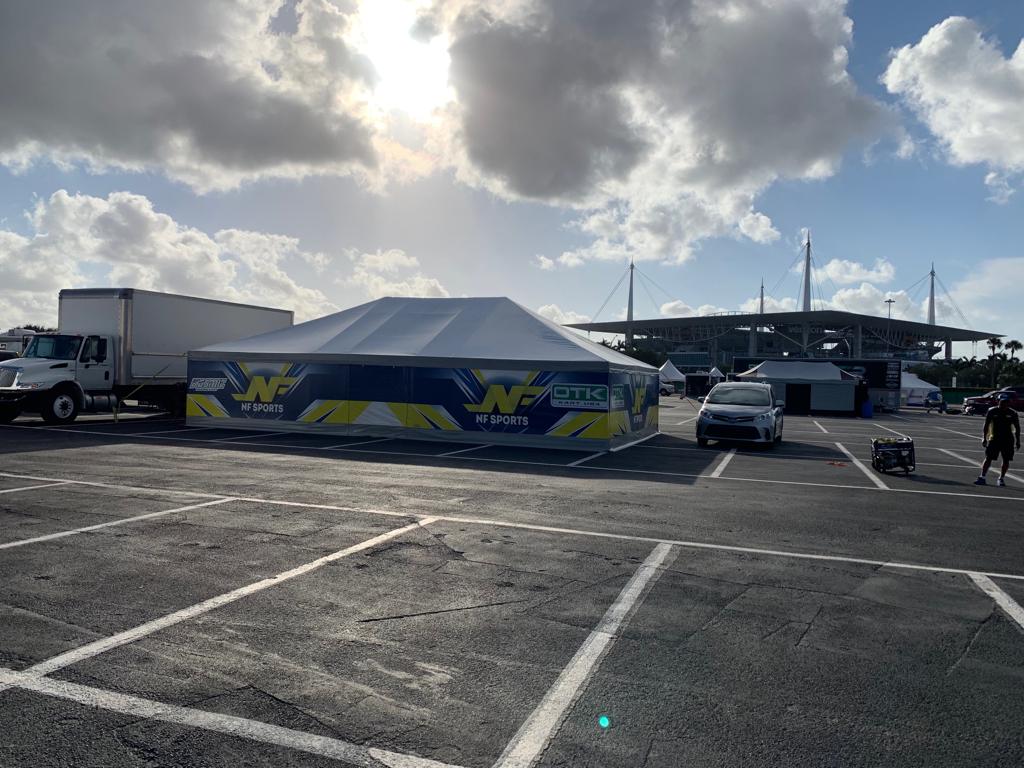